The School of Exercise and Nutritional Sciences is known for graduating students who then go on to become professors at colleges and universities across the nation. In this section, we will highlight some of our graduates that helped us become the Cradle of professors. Our ﬁrst entry tells the story of one of America’s most important sports historians, Dr. David Wiggins.
David K. Wiggins received both his A.B. (1974) and M.A. (1975) in physical education from San Diego State University. As a fun fact, Dr. Wiggins ended up at San Diego State after playing summer baseball in 1971 for Coach Jim Dietz with the well-known Alaska Goldpanners in Fairbanks, Alaska. Dr. Wiggins completed two years at Oregon State University, where he played baseball both years. He liked Coach Dietz so much, he decided to transfer to San Diego State after Coach Dietz was announced as the new Aztec baseball coach. Dr. Wiggins played a year with Coach Dietz and helped him as an assistant coach while completing his master’s degree under Lyle Olsen, Reet Howell, and her husband Max (then Dean of Professional Studies). They nurtured in him a love of sports history, encouraging him to pursue his doctorate. He earned a Ph.D. degree (1979) in Physical Education with a specialization in Sports History and a minor in the Philosophy of Sport and Physical Activity at the University of Maryland. 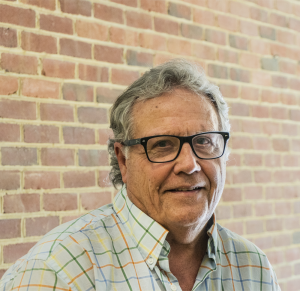 Dr. Wiggins spent the ﬁrst 10 years of his academic career at Kansas State University and the next 28 years at George Mason University. He was the Director of the School of Recreation, Sport, and Tourism and was aﬃliated faculty in the Department of History and Art History. Primarily interested in studying the interconnection among sport, race, and American culture, Dr. Wiggins, now professor emeritus of sport studies at George Mason University after his retirement in 2018, has published 30 essays in scholarly journals, several book chapters, and authored or edited 19 anthologies and monographs. Included among his books are Glory Bound: Black Athletes in a White America (1997); The Unlevel Playing Field: A Documentary History of the African American Experience in Sport (2003); Out of the Shadows: A Biographical History of African American Athletes (2006); Rivals: Legendary Matchups that made Sports History (2010); Separate Games: African American Sport behind the Walls of Segregation (2016); and More than a Game: A History of the African American Experience in Sport (2018).

Dr. Wiggins complimented his scholarship with several editorial and administrative positions and has been acknowledged for his professional contributions with numerous awards. He served as Editor of the academic journal Quest (2007‐2010) and the Journal of Sport History (1996‐2001) and is currently Editor‐in‐Chief of Kinesiology Review. Dr. Wiggins’ leadership positions include serving as President of the National Collegiate Athletic Association Scholarly Colloquium (2011‐2012) and the North American Society for Sport History (2019‐2021). He has been an academic consultant for the United States Holocaust Museum, National Archives, and National Museum of African American History and Culture. He is a three‐time recipient of the research writing award from the Research Quarterly for Exercise and Sport, a ﬁve‐time recipient of the outstanding article award from the Journal of Sport History, and two of his anthologies have been selected as the best of the year by the North American Society for Sport History. Dr. Wiggins has also given many invited lectures, including the 2010 Seward C. Staley address at the annual conference of the North American Society for Sport History and the 2021 keynote address at the American Kinesiology Association Annual Meeting. He is an Active Fellow (#483) in the National Academy of Kinesiology.