Albert Williams Olsen was a native of San Diego, CA, the son of William Frederick Olsen and Bolette Alberta Morin. His father William Olsen was a sign painter. 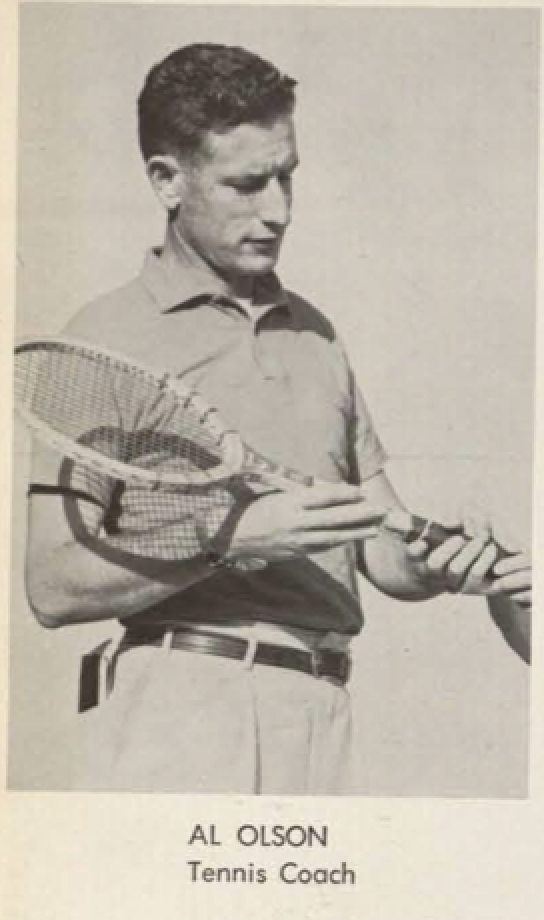 Al graduated in 1939 from San Diego High School where he played varsity baseball. After high school, Al played professional baseball for the AAA San Diego Padres. He was playing for the Boston Red Sox when he was drafted into the U.S. Army in 1943. Al served in the U.S. Air Command during WW II.

After military service, Al attended San Diego State College where he received his A.B. and M.A. Degrees. During this time he continued to play professional baseball. He played for the Cleveland Indians and AAA clubs in Oklahoma and Minneapolis, retiring from professional baseball in 1955.

He began his faculty career at San Diego State in the Physical Education Department in 1957. During his long, successful career (1957- 1983) he also completed his Doctorate degree (Ed.D.) at the University of Oregon. 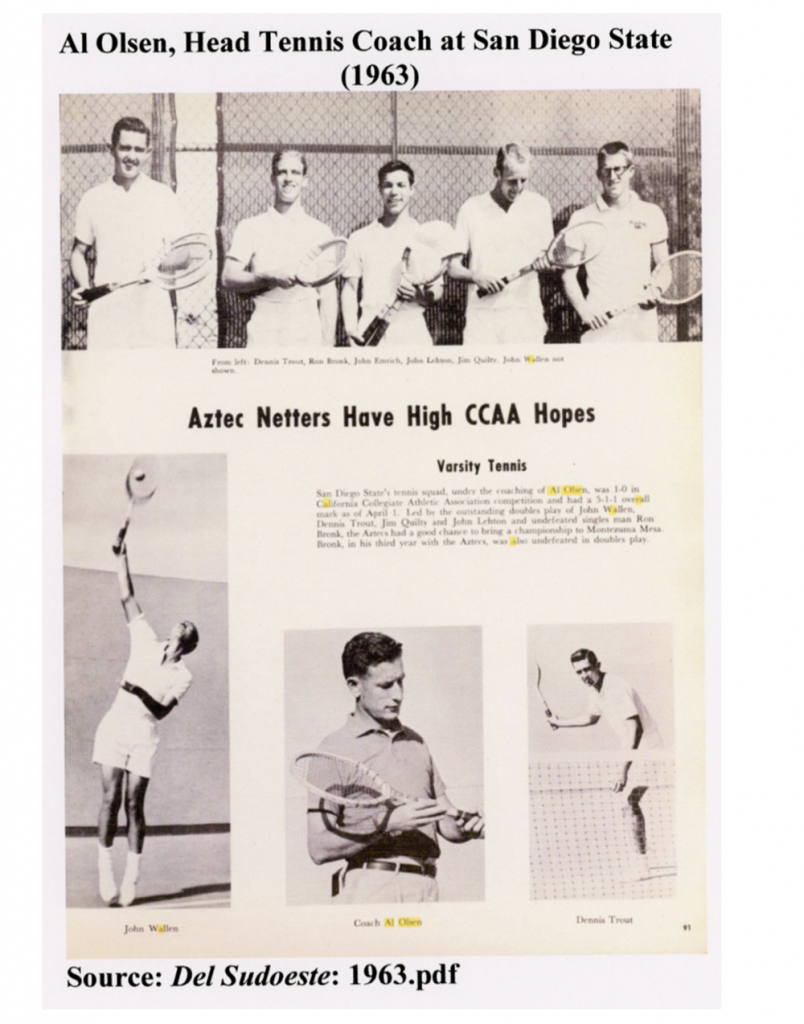 Al taught various sports skill courses and teacher education. He was Head Tennis Coach and also served as Director of Athletics during the 1960s when sports flourished at San Diego State. His philosophy on athletics was aptly described in the SDSU history book written by Raymond Starr: “This view of sports was stressed by the Athletic Director, Al Olsen (a former Aztec tennis coach whose teams won the conference title all three years he coached them), who favored a diversified program with no emphasis on any one sport or two sports. He was a scholar-coach who believed that enrichment of the student’s lives was the primary function of collegiate athletics.”

He lived his retirement years mostly in San Marcos, a suburb of San Diego. Al passed away at the age of 73 in July 1993. His wife Mary still lives in San Marcos (2014) and has 7 grandchildren and 3 great-grandchildren.